This section of our website gives you a detailed description of Peter Coke and his work as displayed in the Peter Coke Shell Gallery. Far more information can be found on Instagram (@petercokeshellgallery) – do take a look. For information on opening times, directions and disabled access, click on the relevant sections on this site. 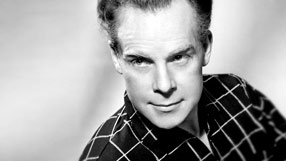 Peter Coke (pronounced Cook) was born in Southsea on 3rd April 1913. His family came from the Midlands and was descended from Sir Edward Coke (1552 – 1634), a Norfolk man, celebrated law officer and judge. His early years were spent in Kenya, where his father was a coffee farmer. He later returned to England to attend the progressive Stowe School. During the holidays, unable to return to his family in Kenya, he stayed with his distant relatives at Holkham Hall.

He had six careers throughout his long life.

Even as a young actor he had started to collect antiques. Later, in his shop, he had a number of Sailor Valentines, eight-sided arrangements of shells which 19th century sailors were said to have made on the return journey from the West Indies for their wives and girlfriends back home (though usually they bought them ready made). During visits to friends in Barbados he was able to collect shells to repair examples which were damaged, and from this he progressed to making reproductions of Sailor Valentines. This led to a fascination with the amazing variety of shapes and colours in which seashells, especially from tropical waters, are found.

In 1976 he “retired” to North Norfolk where he re-established his antiques business at Sharrington Hall, near Holt. Having collected shells as a hobby for so many years, and having experimented with various ways of using them decoratively, he spent increasing amounts of his time on this activity until, in his early 80s, he was persuaded by friends to mount the first of what became a series of exhibitions of his work in London. These were a great success, with about half the pieces on display usually being sold at prices far greater than he had originally imagined. His work has been purchased by many well-known customers in the arts and entertainments world and by members of the royal family. Eventually, he turned his antiques show-room into a shell-art gallery and devoted all his time to his art. He continued working daily on his shell sculptures until just before his death in July 2008 at the age of 95.

Shells have always fascinated humans and were among the earliest objects to be used decoratively by our distant ancestors, in particular for bodily adornment. They are in themselves beautiful objects, competing with flowers, birds and butterflies in the spectacular profusion of their colours and shapes. Unlike these competitors they retain their colours almost indefinitely and provided that their former occupants have died naturally, no ethical problems arise from collecting them.

When the early navigators started to bring back seashells to Europe from their voyages in tropical seas, there was an explosion of interest in them.

Many National Trust properties contain examples from the 18th and 19th centuries of their extensive use in decoration (National Trust Magazine, Summer 2007, p 33) and many examples exist of shell work produced by refined Victorian ladies.

Peter Coke, through his extensive knowledge of shells and the shell-art techniques used by earlier generations, built on these traditions and took them to levels of sophistication not previously seen. The quantity and variety of his output was amazing and (to risk accusations of both sexism and ageism) it is incredible to many that work of such delicacy could be produced by a man of advanced years.

His work ranged from two-dimensional geometric arrangements, such as the Sailor Valentines on which he began, to shell pictures in the Chinese style, to shell encrusted boxes, obelisks and figures and finely detailed model garden scenes in three dimensions. His principal output, however, and that to which the art-form is arguably most suited, was in the representation of floral subjects, sometimes as individual blooms and occasionally as complex arrangements in a profusion of colours and forms. All the colours are natural – unlike many Victorian predecessors he did not artificially colour his shells.

This is an unusual art-form, contrasting strongly with most of today’s conceptual and abstract art which receives wide coverage in the media. Like all art, it will not appeal to everyone, but no-one could dispute its visual impact and technical brilliance. There are currently very few practitioners of this art-form in Britain, though some are to be found in the United States, and it will probably become increasingly rare as time progresses, partly because of difficulties in sourcing the shells.

Peter Coke had been hoping for some time that, instead of being dispersed to collectors, a substantial body of work representing the range of his output would be available for the public to see. After spending two years searching for a venue which was large enough to house the collection, the opportunity arose to base it in part of the former longshore fishermen’s sheds at West Cliff, Sheringham, recently restored by Sheringham Preservation Society (as it then was) and approximately 12 miles from his home. This is the only place in the world where such an extensive and varied body of shell work, all by the same artist, can be viewed. In years to come it is unlikely that the wide range of colourful tropical shells which he was able to use will still be available.

A collection of over 100 shell-art creations, all the work of Peter Coke, was generously donated by him to the Preservation Society in 2006, on condition that it is displayed in perpetuity. When he died in 2008 he bequeathed more of his work, making a grand total of almost 200 pieces. Most of these are permanently on display, with some variation from year to year.

The gallery is closed during the winter months. See the Opening Times page for current opening times, but please note that as the gallery is staffed entirely by volunteers, it will be closed if volunteers are not available. For location, see the Directions page. The gallery is fully accessible to most wheelchair users; users of motorised wheelchairs may be unable to negotiate the narrower aisles.

Admission is free, but voluntary contributions are requested to cover the upkeep of the building and our other costs. A selection of colourful shells for sale is available to visitors only (see Sales). For further information or to arrange a group visit, please Contact Us.

The following are reviews of and comments on Peter Coke’s exhibitions in London.

Numerous pieces of exquisite shell work. His flower arrangements are undisputedly the most popular and rank among the finest in the world. Country Homes and Interiors

Decorative objects each encrusted with fabulously coloured shells. The Times

A National Living Treasure…… We decided to celebrate some of Britain’s great craftsmen of which Peter Coke is one. Country Life

The most exquisite decorative objects…. He creates a stream of shell masterpieces. Home Antiques

Went to Mount Street to see Peter Coke’s remarkable shell work; the flower arrangements are superb, his patience and skill are staggering. Sir Alec Guinness in his autobiography, “My Name Escapes Me”

For a specialist review of the exhibits on display in the Peter Coke Shell Gallery, Sheringham, with illustrations, search for Peter Coke – Wilkins – British Shell Collectors’ Club (but for current opening times, remember to refer to our own Opening Times page).